Hey guys! I really wanted to share some artwork with you, but first, you’re going to need some ✨context.✨ I was about 20,000 words into my eleventh draft when it occurred to me that I really don’t like the first ‘act’ in ‘The Broken Heart’. The only natural conclusion was to rewrite it. I’m in the process of rewriting it, and I wrote this scene:
“‘Just tell me—’ He moved so they were nose to nose. ‘How are you going to stop me from drinking for the rest of my life? It’s awfully rude not to drink when toasting. Not that I’ll be around for any toasting, I’ll be dying in the forest. Because dying in the forest is better than living with you.’
‘Oh, but Iohann—’ She lifted his chin under her finger. ‘I don’t care about you. I want the throne. And I will kill everyone you love if I have to.’
‘Something in your eyes tells me you care about something.’ Iohann followed her gaze to where Samuel danced with his wife.
‘Oh, I see.’ Iohann chuckled. ‘How scandalous it would be to marry someone whom you are not in love with.'”

Upon rereading this scene, I knew I had to illustrate it. I knew it wouldn’t make it into the illustrated copy of ‘The Broken Heart’ that I have up now, since this change was only made in the eleventh draft, but I wanted to share it anyway. I think it’s my best digital drawing to date, and I think I’m finally honing in on my style. I hope you guys like it! ❤️
Lilith 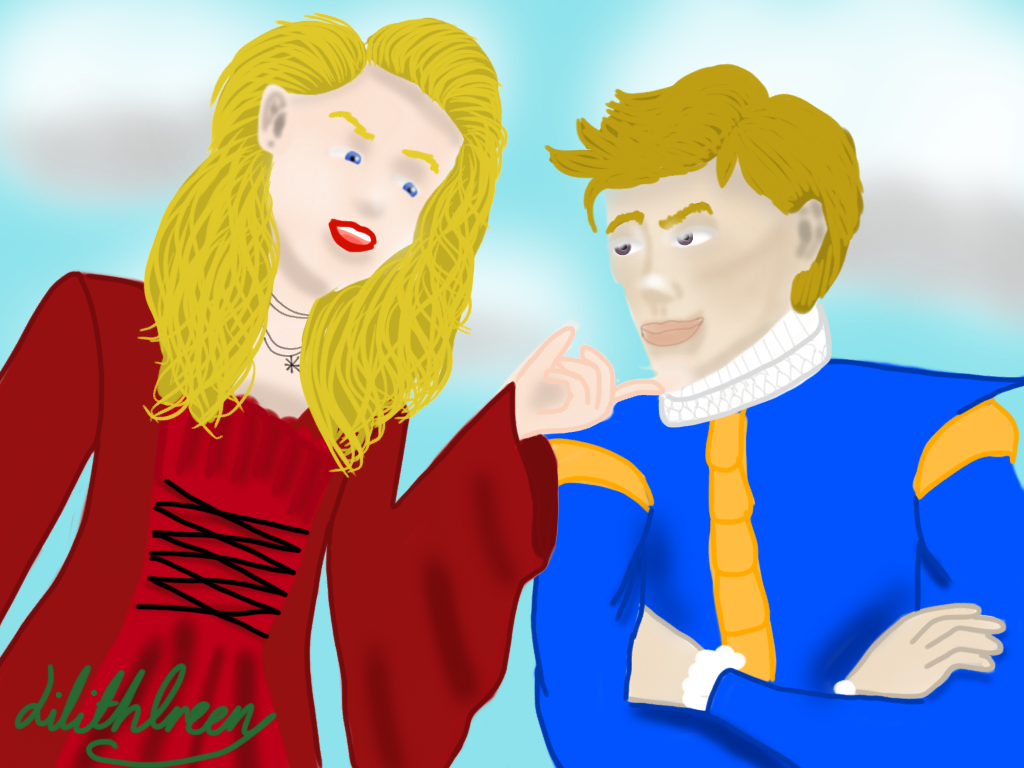 Thank you so much, @Outdoorpoet. It makes me so happy you enjoy my content. 🥰