espilce posted an update in the group RP Level 0: The Clearing 2 years, 5 months ago

Chapter 5
Carlotta was angry, it wasn’t the type of screaming rage. No, that is for villains who have no self-control and are destined to be slayed by their good counterpart. Her rage could be felt by everyone around her, it loomed like an invisible dark cloud.
No one was going to dare go near her. They knew she wanted revenge and everyone knew who she was targeting.
Angel, the Ever dark horse for Good in the Trails. Carlotta knew he would be trouble, yes he was an Ever prince, yes he looked like an Ever prince, he even removed that Ever girl from danger like any normal Ever prince would, but he was not good.
Once no one was watching he unleashed an untraditional fury that Carlotta did not expect from an Ever. All his attacks were quick and precise, but that wasn’t the problem. The problem was after he had a successful hit he continued to circle Carlotta as if she were a mouse and he was a cat. He went even as far as cutting the letter A in her skin to remind her that he beat her.
She wanted to hit him where it hurt. Carlotta had one of her underlings keep tabs on Angel ever since he came in second during the last Trial and based of her informants he had a soft spot for an ever girl. Sadly, targeting her to get to him, was a silly concept. Even if she did want to choose this option, she couldn’t. Carlotta believes she had seen the ever girl before. She had helped Eric a few days ago and, for that, Eric was in that girl’s debt. Until that problem is solved Carlotta couldn’t harm her. That option was too cliché anyway.
No, she would face him head to head.
“Angel of Eveleice!” She screamed in the middle of the clearing. Everyone went silent as the Ever Prince stood up and faced her.
The students regarded the two, as if they were in the mist of Gods, and both of these ‘Gods’ were the strongest warriors.
Angel was the one who broke the silence, “You want vengeance,” he laughed, mocking what she had been. “What did you have in mind?” he asked, his voice was that of a king, a king who belittled his subjects. He then jokingly bowed and added, “Your highness?”
Carlotta froze his words changed into a horrid memory of her past, “You’re family is weak!” said the voice that has forever haunted her nightmares, “They were Good so they deserved Death! This Kingdom will never be Good, and you will never be worthy of being their Queen!”
“Your head will look lovely in a basket,” she said mumbling to herself the exact words she screamed at that man from her past.
“What?” Angel rolled his eyes at her nonsense.
“I Challenge you!” she screamed as the Nevers let out a roar in support, “The afternoon before your Snow ball. You will enter that dance as a Hero or head low in defeat.” She smirked, “So what do you say little prince, your sword vs my axe!”
Angel flinched losing his cool for a second, Carlotta’s battle axe, that weapon’s blade was tinted with someone’s life. Her axe was the ultimate and most feared of her arsenal.
He shrugged, as if bored, “I accept,” he stated, his words had force behind them.
“Perfect.”
~~~~~~~~
“Have you ever fought someone?” Christine asked the boy who sings.
He paused his current song, it was the only famous song from the small village Nime and like all the songs he sang it wasn’t happy.
“Oh,” he stated as if scared, they had been meeting in the dark pipes under the school for a few days now so Christine was use to his constant anxiety. “You’re talking about the Challenge issued by Carlotta, right?”
“Have you ever been in a fight?” Christine repeated.
The boy stayed quiet and in a meek voice said, “Yes, but that is if you include being beaten up. Funny enough it is normally by girls.”
“You’re a guy right?” Christine laughed, “Shouldn’t you know how to fight better?”
“Never girls are pretty tough,” The two went silent, after a brief moment of the boy continued to sing his sad song.
Christine didn’t listen to it, she thought about what he said. ‘Never girls are pretty tough,’ Ever girls can be tough. She can be tough, it is just no one lets her. “I am tough,” she said out load as the word bounced off the walls.
“I am sorry that I offended you!” he said as if he jumped back terrified. The boy said those words allot, and whenever he did it reminded Christine that this boy had been harmed so much that he was afraid of everything.
“Let’s change the subject to a happier topic,” she almost blurted so he wouldn’t scurry off like he sometimes does after he says that phrase.
“Should I sing more?” he asked.
“No your songs are always sad and about the night,” She snapped, while standing up to stretch her legs.
“You sing about the night as well!” He protested.
“How about the Stars,” Christine said ignoring him and started sing her favorite song about stars,
“The stars simply glisten,
Dancing their endless dance,
As I chose to dance with them,”
“As if life shall never end,” He joined. His voice like always put Christine in awe, for he is scared and hurt, yet he sings as if he never knew pain.
“For forever they saw,
Our world be written by pen,
Loving with the lovers,
And laughing with the friends.”
~~~~~~~~~~~~~~
Random song 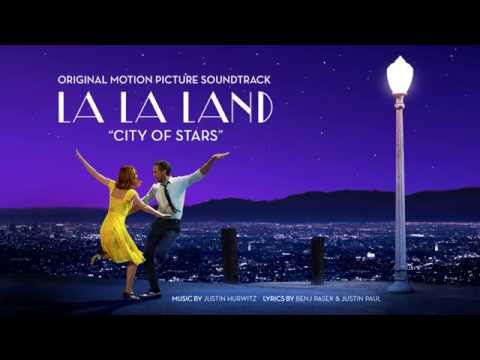 Thanks for reading. If you have any helpful advice on something you see me lacking, in my writing, please tell me. Sorry I haven’t posted in a while.
Anyway random questions 
If you went to battle what would be your Weapon?
Also, do you guys have any theories of what will happen?
Tag list (please let me know if you want to be tagged).
~~~~~~~~~~~~~
@CARAMELPRINCESS
@DOT111
@EVILERRULER845
@fsa161
@WENTEO
@kiko55
@SUGARPLUMPRINCESS
@polabear11
@ISKRL2
@SMARTCLEVERBUNNY560
@LENARDGANTALAOSOPHIANDAGATHAFRIENDS
@NIGHTPAW
@TOFFEE
@saphire101
@kittyraven
@thedemigod1112

Ooh, very nice chapter!!! 🙂 Well, I can’t say that you writing is getting worse. Sorry I don’t have any constructive criticism…

ooh i want to be tagged!

Thanks guys and of course PHILANTHROPIST I will add you to the tag list.