fantasygirl12 posted an update in the group RP Level 0: The Clearing 2 years, 11 months ago

Sorry I took so long guys! I had the worst case of writer’s block! I’ll make sure that never happens again! This may be my favorite chapter so far! 😉
The SGE Saga: The Noble Act
Chapter 8: The Regulation
Blaze Pov
My eyes shot up a Jacob came up to me. His eyes were menacing and his finger-glowed brown directly at me. I was swept off my feet and around almost a million mirrors. Looking at my reflection, while Jacob just cackled like a ****** of my demise. The mirrors shattered and I plummeted into the darkness that swallowed me whole. I gasped as sweat trickled down my face. I was breathing heavily. I turned to see I was in the forest. That’s right. I thought. I sighed realizing what had happened the night before. Visions flashed in my head as I remembered meeting those girls, and Dallas going with Tiffany. My thought were recuperated by a voice.

“So you’re finally up.” The voice said. I stared out at scattered trees and bushes. “Who’s there?” I asked not wanting to know the answer. After being attacked by Dallas and Jacob, all my strength has been corrupted. I stared into the forest. No one was there. I twisted some grass together.

“Come out! Don’t make me use this!” I announced. I heard a rustle in the bushes and I slashed the vine at it.

“Whoa, watch where you put throw that thing!” A voice bellowed. “Sorry for startling you, but we were wondering if you’d seen five girls wander around here.” A guy said. I was surrounded by four guys and without any strength to fight I was hopeless. I just nodded and told them I would direct them to the girls.

“See Jason, I told you that didn’t have to pick a fight.” A voice said. I heard a “Shut up!” In return. Then, I heard fighting concur. While the other two boys tried to break it up. Man those girls have some weird friends. I thought. I decided that I should aline with these weirdos for a little while. But I concur.

“Over here!” I said. The boys stopped fighting and stared at me. They were tangled up with each other. I watch as the boys unfroze and dashed to the girls side. They kept asking Jane, or whoever that is, if they were all right. I didn’t hear anything. But The guy with black hair said “don’t worry Jane, he helped us get here.” Everything was pretty fuzzy to hear, until I could finally here an outburst.

“You guys are acting like total idiots right now! You could be putting us in mortal danger for bringing him here! Since you don’t understand, i’ll break it down for you. This guy you call friend it working for Scar and Jacob! In other words Jacob and Scarlet have just found out where our home base is! Put that into your book and read it!” The girl hollered.

I was dumbfounded. I should be running but i was appalled by seeing a ghost. Maybe a little too much, because all of a sudden, i was tackled. Then lifted off the ground and thrown into a lake. I gasped for breath and sank to the bottom. I saw a rock and threw the vine at it. I fell upon the rock and the current drifted me back to the ground. I looked around to see where I was. My eyes widened. This is…

Jane Pov
“Sorry guys. I didn’t mean to yell at you, i’ve just been on edge lately.” I said. I took the bottle and handed it to Violet. We were able to take the fire out. Violet wanted to go get Dallas and interrogate him for what he did, but Gabby stopped her.

~Flashback~
Lucy gasped for breath and fainted. I restrained from running over to her to check her pulse. For Gabby had told us to stop the fire. I clenched my fist and watch as Violet was already to work as she shot water at the fire. The water evaporated into the fire, not making an inch disappear. She looked exhausted. It must of been from the smoke. I gathered some grass and twigs, then I put water in and mixed it in with Violet‘s water and made a potion. Violet slashed the water at the fire and I threw the potion at it. We watch as the fire disappeared. Then Violet glared to the distance.

“I’m going to get Dallas for this! He could’ve us!” She yelled. She dashed away but then stiffened as she heard someone’s voice.

“Don’t do it Violet. He wants to do this himself. He’s trying to find the source of this all and what they’re planning. Just leave it alone. He’ll be fine.” Gabby said.

Violet turned to argue but turned to see that she was crying. I also stiffened Violet stopped. All she did was nod.

My eyes twinkled as Jason shouted in my face. “You’ve had it bad! You do realize we were all attracted to *gulp* Scarlet! We were treated like caged tigers! You slept in the forest. We saw Dallas and how he was totally different. He somehow said that gabby died! I don’t know about you but i’d say what you’ve been through is nothing compared to what we have!” He screamed.

I stared wide-eyed. I glared at him and we started arguing.Violet came in and broke us apart. Jason started yelling at her too.

“Don’t you start too! If you weren’t so weak you would’ve unleashed your power a long time ago! And maybe you’ve forgotten but our mom is inside that school and I thought you said that you wouldn’t let anything happen to her!” Jason replied.

Violet stiffened. She looked traumatized. I backed up. Violet made Jason promise never to talk about those days. No one ever did. Until now. I watched as Violet clenched her fists. Then it happened. Violet slapped Jason across the face. I gasped. The others just stared astonished. Jason eyes widened. Violet looked up and I gasped again. She was teary-eyed.

“You know as well as I do that we promised to never talk about that. You had better shut up Jason. Just shut up because I swear Jason Dovey if I ever hear talking about the day I did that to mom… I’ll… just… You know as well as I do that we’re stronger than this. We’ve been through a lot more than this over the past year. So if you want to say her bellow over my mistakes, be my guest, but as for me i’m out of here.” Violet statemented.

Violet didn’t turn back as she disappeared into the woods. We didn’t stop her. I clenched my fists and trembled. What have we gotten ourselves into? We’ve gotten a rocky road. That’s when I realized it. The question I should’ve been asking. “Don’t worry guys.” I whispered as I went into the spirit world. “This time, i’m going to save you!” 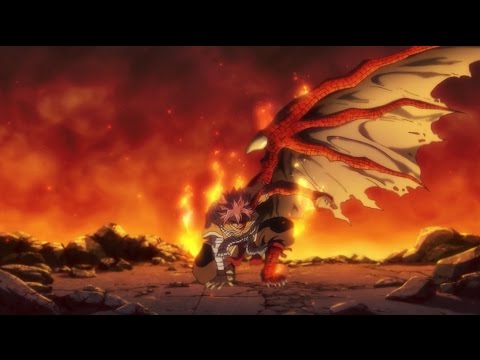 Like it! But, can you tell me how to get bold and italic letters? I can’t seem to figure it out. I’m probably going to feel stupid if you tell me! XD

do you want to be tagged @carifene?

Awesome chapter !! I can’t remember, but I know I have a lot of worst luck …