heart posted an update in the group RP Level 0: The Clearing 3 years, 10 months ago

If you guys are new to this story, just press this link to catch up @heart.
Chapter 24 – Poker Face
After Swordplay, Anya didn’t talk to anybody and they didn’t want to talk to her either. They were all scared of her because of what happened in Swordplay.
While Anya was going to her room after Surviving Fairy Tales, she saw Rose with Jane. The both of them were talking to each other and looking at Anya with deadly glares. Anya went in her room and was surprised because William’s voice roared through the ceilings.
“William! What’s wrong?!”
“I just hate it when somebody wants to hurt you,” William said almost being shouting.
“Who’s trying to hurt me?” Anya asked even if she already knew the answer.
“Rose and her idiotic sister Jane! Along with their roommates.”
“You heard what they were saying?” Anya asked putting away her school things and taking out her homework.
“Yes. They’re planning to ambush you in the Trial by Tale.”
“Well then I can fight them,” Anya said confidently.
“I know you can. I know you can and they know it too.”
“Then why are you so worried?”
“I don’t like the idea that they’ll frame you and get you in trouble. So if you beat them or not, you’ll still end up in a bad situation”
“So what will I do?”
William was silent for a moment. Anya couldn’t find the peace of mind to do her homework because of her situation.
“I’m sorry I need to go. Don’t worry I’ll think of a plan.”
“Could I ask for help from others?”
“Maybe. I trust you’ll know who to ask Anya. Goodbye.”
Anya felt a gentle breeze of wind and she knew that William already left. Then she opened the door and saw Rose.
“Who were you talking to?” Rose asked peeking in Anya’s room. Anya was shocked but she got to compose herself and pretend to still be angry at Rose.
“None of you business. What do you want?”
Rose took in a deep breath.
“Listen Anya I’m sorry ok. I hate myself for tying you on that on tree and almost killed you in the process. I know that you’re extremely angry but what are you gonna do? Love can turn you into a different person.”
Anya eyed Rose. She felt confused and thought that Rose wasn’t continue the ambush but she saw that Rose wasn’t looking at her straight and that she kept on looking at other things. She knew that Rose was lying and that somehow this was part of their plan. Instead of shutting the door on Rose’s face, she pretended that she believed Rose and hugged her.
“Rose I forgive you. I really hate how boys somehow has gotten between us. Also I’m sorry about Swordplay earlier. Sit next to me later in dinner?”
Rose was shocked by Anya’s reply. It was true that she was lying and that this was all part of her plan. She thought that she would give it a try to ask Anya for forgiveness so that in the Trial by Tale, they would be together and then she and her friends will ambush her. Rose didn’t think that Anya would believe her and that they would be friends again, but Rose didn’t know that the joke was on her.
“Umm yes. Totally. I’ll look forward to it.” Rose said then Rose walked towards to her room telling her friends how gullible Anya was. 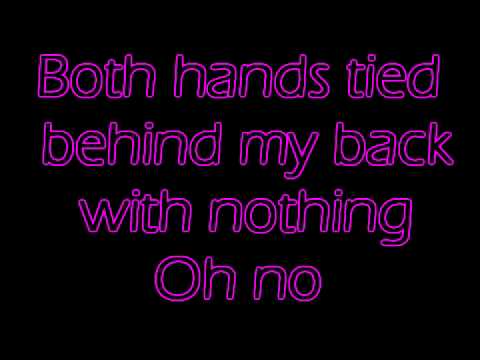 Rose:
One minute it’s love and suddenly
It’s like a battlefield
One word turns into a war

Anya:
Why is it the smallest things that tear us down
My world’s nothing when you’re gone

Both:
I’m out here without a shield
Can’t go back now
Both hands tied behind my back for nothing, oh, no
These times when we climb so fast to fall again
Why we gotta fall for it now

Anya:
I never meant to start a war

Rose:
Can’t swallow our pride,
Neither of us wanna raise that flag

Anya:
If we can’t surrender
then we both gonna lose what we had, oh no

Both:
Both hands tied behind my back for nothing (nothing)
Oh no, these times when we climb so fast to fall again
I don’t wanna fall for it now

Anya:
I never meant to start a war

Rose:
We could pretend that we are friends tonight
And in the morning we’ll wake up and we’ll be alright

Anya:
Cause baby we don’t have to fight
And I don’t want this love to feel like

While Anya was in her room going back to her studies, Heart and her friend Julie went inside.
“Hey Anya we saw your talk with Rose,” Julie said.
“Saw or heard?” Anya said eyeing Heart.
“Oh fine we heard the conversation,” Heart said.
“And I’m glad you’re not fooled,” Julie chimed.
“Also by the way who’s William?” Heart asked out of the blue.
Anya’s eyes narrowed. “Stay out of my head Heart.”
“William? I don’t think there’s a William in the School for Good right now. Ironic since it’s a popular name,” Julia said.
“Let’s stop talking about me. Let’s talk about you and Laurence, Julie.”
“Um yeah our relationship is going so well. So great we’re really meant for each other since our love story is totally perfect! Also……”
Just what Anya thought, Julie talked and talked about her and Laurence. Anya didn’t want to remember the drama and problems of her life and she just wanted to distract herself with other people’s lives.
“Anya? Anya?”
Anya looked at Julia who kept on calling her.
“What?”
“Don’t get mad at me for saying this but don’t you think that Rose and Jace were not really meant to be?”
“Why would you say that?”
“Look at what’s happening right now? Before things were normal and you were happy but now you’re miserable since you and Rose are enemies and she and Jace are fighting.”
“No relationship is built without a few conflicts Julie. Relationships are sweeter after a bitter fight.”
“You really think that they’re meant to be?”
“Yes! Look at Tedros and Agatha when they’re finally together, they kept on fighting but they still love each other. No relationship is perfect.”
“Wow Anya you can be wise at times,” Julie said standing up. “I need to go to
Laurence.”
“I’ll come with you ***** might be with him” Heart said.
“*****?” Anya asked. “So it’s you and him now?”
Heart threw back her head and laughed. “No way! I still like Eric but ***** and I became best friends. He told me that he really wants to be part of the Trial by Tale and I’m helping him.”
“Good for you,” Anya said.
“Aren’t you going to Troy?” Julie asked remembering the small argument that Anya and Troy had earlier.
“No. Not now.”
“But Anya. The Snow Ball is coming after a few more weeks. They’re probably going to send the invitations after the Trial by Tale.”
“So?”
“So you and him should try to make things right.”
“Why? We didn’t fight. Rose and Jace fought why do we need to make right?”
“Anya if you haven’t noticed. Troy is taking Rose’s side while Jace is taking yours. Their conflict is affecting your relationship.”
“I’m sorry but I just can’t listen to this right now. I want to rest I want to be with Wil-.”
“William?” Heart continued.
“No! No! I said that I wanted to be in the wilderness.”
“Yeah right,” Heart teased. “We’re going now.”
“Bye guys.”

The chosen Evers shouted with glee while some with nervousness. While some of the unchosen Evers heaved a huge sigh of relief that they’ll have the two weeks off since the teachers will be focusing on the chosen ones. Anya saw Heart and ***** hugging while Eric was looking at the both of them jealously filling his eyes. Anya sighed, even if Heart keeps on telling Eric that she and ***** are just friends, he still couldn’t believe it.

The chosen Nevers shouted and jumped with glee. It was clear that they were glad that they were picked. Anya saw that Jade and Heart shared a fist bump and that there was a little tension between Jade and Ugiel.
When everyone is already going back to their own schools, Anya and Rose congratulated each other. The both of them put on fake smiles and shook hands.
“I look forward training with you and fighting with you,” Anya said knowing that Rose is hiding a huge smirk.
“Me too. I also look forward fighting with you.”
The smiled again at each other and went to their rooms.
“More like fighting you,” Anya mumbled.
On the first three days of training, the Evers found it hard and challenging. Except for Anya and Jace who made a really great team and a lot of Evers were thinking that it was both or one of them who’s going to win on this Trial by Tale. Rose and Troy were jealous that Anya and Jace were a better team than them so they decided to step up their game.
After all the classes, sometimes Rose ends up beat up or extremely tired. Even if Anya was still angry at her, she felt her heart soften and tended to Rose’s wounds or helped her go back to her room. Because of Anya’s kindness, Rose was beginning to have second thoughts on their plan. But still her sister and roommates forced her to continue and go on by making her remember that Anya was stealing Jace from her. By the end of the day, Rose still continued their plan.
~~~~~~~~~~~~~~~~~~~~~~~~~~~~~~~~~~~~~~~~~~~~~~
Hope the you liked reading my story. Thanks to:
@rosethorn – Artemis
@LESLIE191234 – Piper (Pip)
@princessofcamelot – Jane of Jaunt Jolie
@peppy – Julie, Patrick Piper
@arian2 – *****, Lydia
@pooplover – Tara
@GRACELYNNOFMADINVAIL – Gracelynn, Ranya, Brady, Serena, Selena
@RAVENQUEEN123 – Raven
@LESLIE191234 – Desdemona
@iceprincess – Rallen Queen
@jlb23 – Maison Mermen
For letting me use their characters.
The song is Battlefield by Jordan Sparks. Also don’t you think that song is perfect for Captain America and Iron Man in Captain America: Civil War?

@Heart Awesome job yet again! I just love that your story is like a musical! Truely unique. I’m anxious for the next chapter, so glad I saw the tag in my mentions. Please tag me even when I’m not in the chapter.
—
*random* While I really enjoyed this, I haven’t seen all the chapters. Can you please repost the entire story? If not, completely fine, I’ll go digging in your activity 🙂