kittybp2 posted an update in the group Book 6: ONE TRUE KING 1 month, 3 weeks ago

Hello, members of the SGE council! How was your week? Mine was good! My track and field season is wrapping up this week. We went from XC season straight into track (that’s not normal by the way. Normally we have XC season in August, then break for winter sports, and then into track. We might get to do another track 5k which means 12(!) laps around the track. It’s really boring after a while. :(( However, it also means no hills! Which that’s a huge plus. It’s been a little since I last posted. Not as long as some but still. I suppose I should probably update you all on the council situation since Eliot hasn’t mentioned it. Some of you may know that there are 7 of us on a rotating schedule. Some of you may also know that Poet @/outdoorpoet left the site a couple of months ago. That also means that she won’t be posting. And then there were 6…

Happy birthday to @hesterforever23 whose birthday was yesterday! They kick off a month full of them! Anyways, I hope you have a great day and get all that you’d like! <3

Fun fact time! Well since this is the first time posting in this forum, we’ll have an OTK fun fact. Did you know that there was a golden ticket contest back in May 2020 instead of a tour for book 6?
Long story short, they made a website, with a bunch of quiz questions, and if you answered them all right, you got to meet with Soman for 5 minutes (after you scheduled an appointment of sorts). Some of the people that were here during that period of time might remember, but the website that they used decided to crash. When the casting for one of the characters was announced on Instagram, Instagram crashed. It seems that the universe just wants to make everything much harder for sge fans! XD

SGE Question of the week: Do you remember in book 2 when all the girls could suddenly do whatever they want? All the evergirls stopped taking care of their looks and stopped bathing? Well, if you were transported to that time, would you change your look, knowing that you wouldn’t be judged for it or would you keep your same old same old look? It could give you a chance to experiment with new things, but it could also be a big disaster if you tried. I think I might experiment. Try out a new look.

If you want to advertise anything, feel free to fill out this form! (Or even if you want any of the rest of the council posters to talk about things that they are interested in or about themselves and their hobbies).
https://docs.google.com/forms/d/1EKQ5G34tQ7DJFwSL-tYS1JtwrTv-q9Of0P3NpXBi0cY/edit

Am I allowed to comment first on my own post?
Oh well if I’m not. I’m doing it anyways
First!

I would, uhm, try to get red hair XD, I lovvvvve red hair and wish I had it!!

Interesting.
*A redhead who doesn’t understand why people why people would want red hair*

Why else did you think I had a redhaired profile pic-
l.mao. I could’ve sworn that you saw a face reveal I did at one point though. Odd

No, I’ve never seen your face 🙁

I’d keep my same old look, because I change my look often and do what I want anyway (my hair type really doesn’t allow much styling and I just like comfortable clothes), so yeah. XD I remember Instagram crashing at the casting release and being so annoyed yet still excited

What kind of hair do you have?

I definitely dye the tips of my hair turquoise. Technically speaking I’m supposed to do it soon but I have to wait until summer
I’d also probably mess with different hair styles (but never ever ever straighten it again that was horrid)

WikiHow has a great article on convincing parents, you should look at it

My week was alright! Your running sounds good; I’ve no idea how you do 5k tho! Running is definitely not what I’m best at……..
Happy birthday @/hesterforever23!
If I could change my appearance……… I would love to have ombre hair that was brown at the top and blonde at the bottom, blue eyes and freckles. Yes I have previously thought about this a lot.

ARGH YOU IS SO LUCKYYYYYYYYY

I think I would keep my look, but it has always seemed fun to dress up like a princess so I would probably do something pretty with my hair like a cool braid and I’d put on a really pretty dress.

I love doing that!!

Aight here we go this is including updates from the last two weeks because I was busy and didn’t have the time
Ansant-chan is my favourite Zero-One character and was very disappointed to find out he is only in seven episodes. 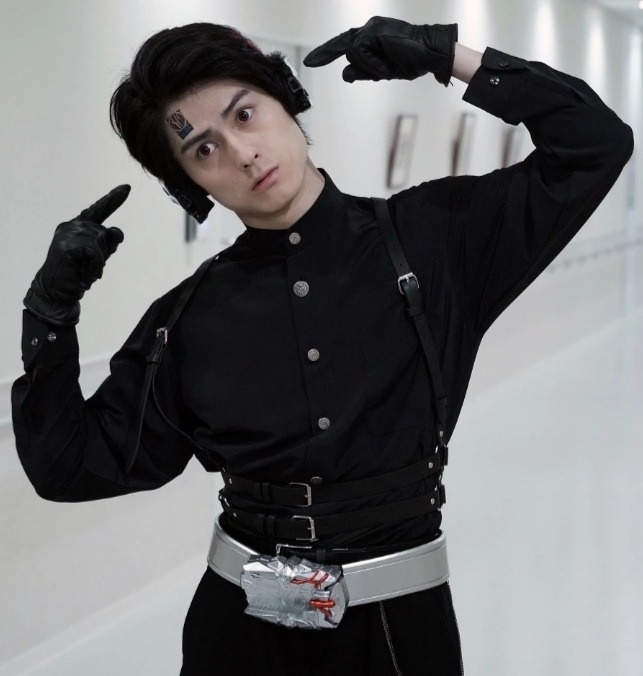 I told a coworker I’m going to burn TOEI studios down if he dies.
He died.
So now I’m asking my coworkers if they’d like to fly to Japan to blow up TOEI studios with me
I also really love Jin I just can’t resist my love of cutesy and cheery villains, I admit I was not expecting Flying Falcon to be the key he uses.
Izu is my favourite female lead she’s hilarious and adorable

Jin reached Singularity and I don’t like it I hope he goes back to cutesy goofball upon revival.

Humagears are super sweet. I can’t stand all of the humagear abuse in the second arc.

Aruto is really growing on me I honestly quite like him now.

Ok but like, Fuwa is amazing?? I went in expecting to like him because memes but, he does through so much, no one told me he was the best written human character I’m really impressed

Honestly I think Zero-One is great and glad I decided to start it (I didn’t have plans to watch it anytime soon) I’m just, really worried about the ending though covid hit around ten episodes before the finale and fecked everything up
Naki needs more screen time I am disappointed in how little I’ve seen them

I keep wanting to call Aruto Sougo for some reason

I feel like I like Amatsuki more than I should? I’m just, memeing him he honestly fives off extremely dweeby vibes I can’t take him seriously
“The best tea temperature is 1000%”
I to like my hot chocolate scorching hot

A coworker commissioned me, I drew a celebi and giratina for his girlfriend.
I can’t believe he looked at my scrappy doodles and went “yeah I’m gonna commission her”
He paid me 45 dollars upon the recommendation by my “agent” (coworker that’s super supportive of my drawings and wants me to go to art school) absolute scam hahhahahahaha
I also got approval to train in another area so we’ll see how that goes

I made a gnome for a coworker because Sunday was her last day, she’s looking forward to displaying it in her dorm.

I went on jungle cruise and before entering the temple there was a palm leaf in the water and I thought it was a hand.
“Man this refurb is dark that’s some Curse of the Emerald Trinity scrap right there!”

My older brother keeps joking that Stacey is my new favourite Zenkaiger character.
He’s pathetic.
Look at how smol Stacey is though 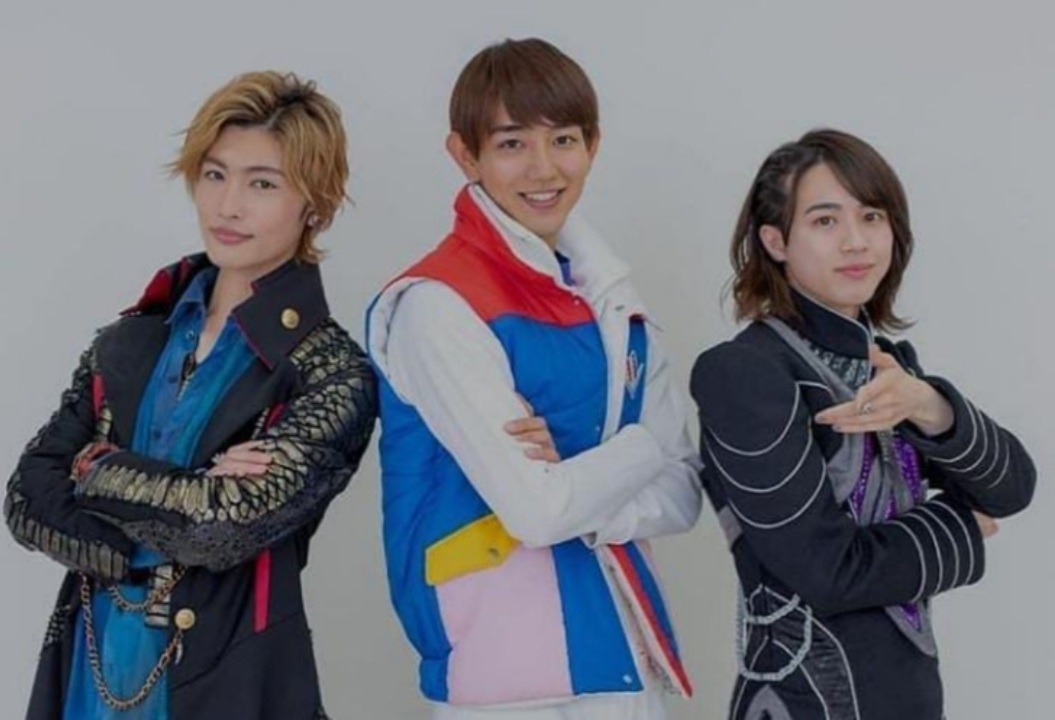 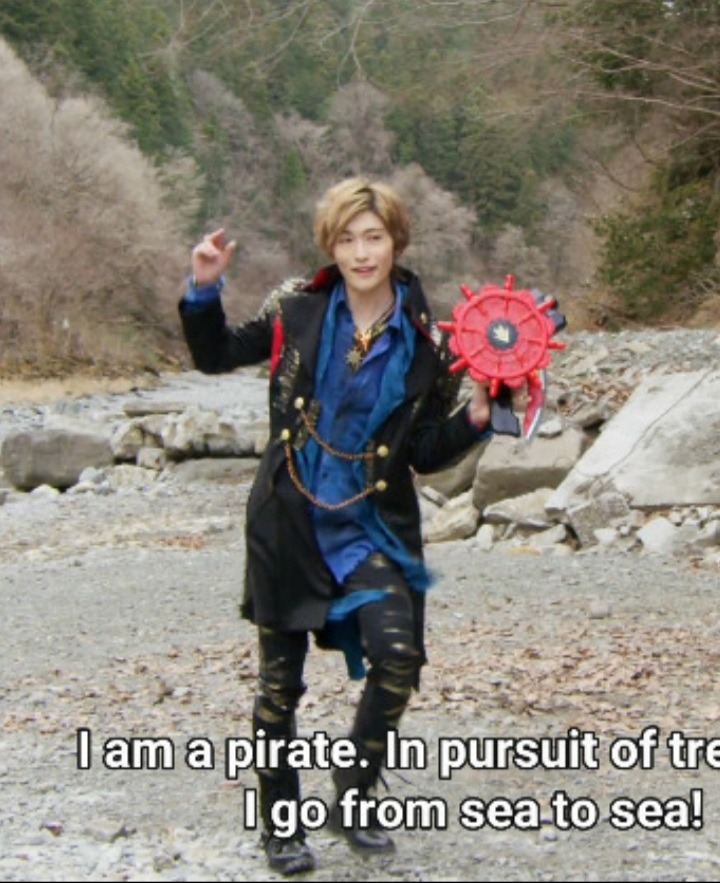 He introduced himself by song I love him

I love how savage my coworkers are
Persona 5 just threw three mini boss battles at me in a row I’ve gone through all of my healers I’m not sure I’ll be able handle the next battle
Ah, so this is where Akechi dies.
You know, I’ve been struggling more with mini bosses than main bosses since Madarame’s palace was completed.
I wouldn’t really change much but I’d absolutely dye my hair
I’d really love to see Ravan’s ten head act so I’d go with him
Ok but, Ever Hester sounds like an interesting topic

So I’m like a week late but yeah my week good-ish. I went back to school and instead of getting to spend an hour making a feast for lunch I have to eat the schools… edible things. My sorta friend is having her not like the others girls phase and constantly reminds us how “different” she is which is FUN. But there’s a boba shop downtown now and it’s so cool 😎. Also kind of random but I’m kind of hot.