omg Ross Lynch should totally play Tedros he looks exactly like how I imagine Tedros to look!

Yeah…. not the same way I picture him-

haha don’t worry i was joking

actually ross lynch would be kinda perfect for tedros, i found this one page on twitter that comapred the two and they looked kinda identical ngl.

I feel like he could do it if he were younger

Not feeling it for Karan Brar…but we have the same birthday- and Idk about Don Cheadle, but he gives the vibe

Isn’t Karan Brar the guy who played Chirag Gupta in Diary of a Wimpy Kid? I actually think he would be good as Hort or Ravan.

Idk I’m into the idea of an Indian Tedros honestly

leviosanotleviosar posted an update 2 years ago

Sophie Nelisse as Sophie
She’s a bit old, almost 19, but she might work 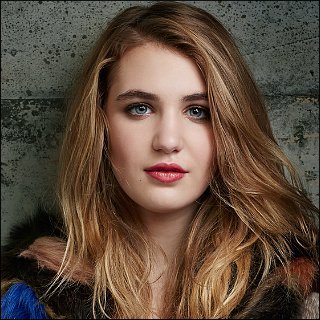 and its weird that her name is Sophie

I feel Sophie has a diff face shape

I am a spoe.
The Guide to being a Spoe (enjoy)
Step 1:
Go to the leaderboard
Step 2:
Select a username such as @impossiblegirl
Step 3:
Go to an old post(usually it will be at the top of their activity)
Step 4:
Go to the comment section of the post
Step 5:
Click on a username in the comments, they usually have older posts that you can comment…[Read more]

yes, yes i did

I like Nikki, Alexa wouldn’t be my first choice but I could see her working okay, again Jacob cound work but my opinion is kinda ‘meh’, I could kinda see Finn but I want Levi Miller as Hort, Alyssa’s okay, doesn’t really give me the vibe, in my opinion I imagined Nicola less skinny than Skai (not saying that Nicola’s fat in any way…UI just feel…[Read more]

Ravenclaw
and thanks for your feedback

This is one of the first lists that I agree about nearly every single one, (not that others aren’t as good.) I had to look up a couple of people, but I knew who most of the people were, and could see almost everyone as the suggested character. (Also, I had never thought of Alyssa Trask as Bellatrix but it’s absolutely perfect!)

JACOB HOPKINS ARE YOU KIDDING ME

He aint really got that tedros feel ya know