themaplebacondonut posted an update in the group Fan Fiction 2 years, 3 months ago 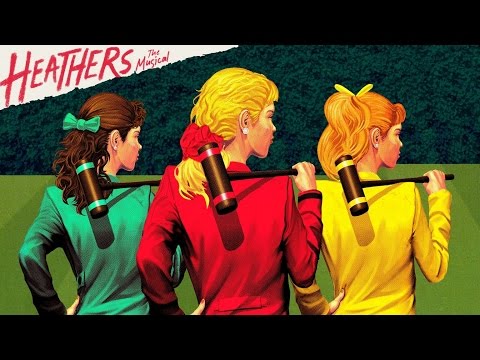 This is hilarious! 😀 A friend of mine sort of dragged me to their school to watch his boyfriend perform in a year-end play **** of “Heathers” in their school, and I immediately watched the original afterwards because I loved the plot so much hahaha <3 Can't wait for more!

That was really smart :). I just think it would make more sense if Sophie was the Veronica character. Than Rafal could be JD. Also, Sophie DOES Join the Coven at one point, at the end of book one. Agatha, who Sophie ditches when she joins the coven in book 1, would make the perfect Martha. (she is also not considered beautiful). I LOOOOVEEED the react! I like Heathers a lot. I’m not really sure how you are going to do be more chill, what with the SQUIPs and all, but It would be cool.

This is hilarious, I really want to see Heathers! 🙂 🙂 🙂

It must be very hard to write a post this long, I love your work, amazing job!!!

This is hilarious and confusing.

Also did you just tweak the synopsis from wikipedia??

Uh no.
I actually read several different versions of the musicals synopsis and the plot of the musical. I actually ended up modifying it like, a lot cause the original plot (and some of the songs) are pretty much complete inappropriate for the younger people on this website (that’s why I didn’t include some the songs in the synopsis).