Sonya!!!! Hiiii! How have you been?
Oooh yes I’m so excited for the movie! You’d make a great Sophie
COME TO NY WE HAVE PIZZA

*correction
Come to NY, we have the best pizza!

(I have tried English pizza. Y’all don’t shred your cheese and it upsets me)

aha I have to make pizza this week for food tech

Italian pizza is superior tho like proper classic fancy pizza 🍕

I’ve sadly never been to Italy (I was supposed to go this summer) so I will just continue believing that NY pizza is the best until proven wrong.

I feel so offended *cri*
Some grate the cheese

Hey Sonyaa! Could you tag me for future updates, I like seeing them 😀 I literally wish I lived in America because I loove the beaaacchhhh and like.. Idk.. Also, Italian pizza is the bestttt

well i’m late af oops
SONYA HEYYYYYY idk if you’ll ever see this bUT I WANTED TO SAY HI
omg the movie shook me like netflix???? paul feig??? how???
ugh its so sad about the open chat literally idk anyone anymore its vv sad
brooooo can we switch you can take my place in america if i get to live in london
i took a trip there like a year ago now and…[Read more]

why oh why do peeps wanna live here?

bc its amazingggggggg literally i would kill to live in london

it isn;t thaAAAAAtttt amazing
(i have not corrected any of this because i am trying to see how long it will take for me to break after not correcting musekf)

see but
iT iS

fair enough but America can;t be that bad

I take back my previous statement come live in the UK

I wanna go to Oxford too!
but I’m not good at maths so fat chance

XD why are you guys advertising NY?

New York isn’t all that great but we have good pizza and I love revolutionary war history far too much to live in Great Britain.

But then again you use the metric system, so if you’ll let me in I’ll come.

*lets you in*
Why don’t you guys use the metric system?

bc we wanted to be uNiQuE
actually i have no clue

lol I think I will sleep now

just as my notifs picked up:(

Oof, mine are almost gone I hope

oh yikes
i have
2

Actually, it’s not just us being stubborn and unique. It’s kind of your fault, Britain.

The imperial system used to be used in Britain, and they passed it on to their colonies. But during the French Revolution, they standardized a bunch of measurements as well as making the calendar 10 days a week, 10 months a year, 100 seconds in a minute and…[Read more]

But Today in 1812, Napoleon entered Moscow, and the Star Spangled Banner was written today in 1814.

(I envy that and Blondie’s lack of notifs)
interesting

I did in fact know that. Singapore and I agree on the merits of gum. I dislike it.

You may not know that it is illegal to milk someone else’s cow in Texas.

England is cool but the weather is annoying!

I’m not a huge fan of snow. I like snow, but not thatttt much

i am so tired of snow i stg like as someone who lives in a vv northern USA state, it literally snows here from october until may and i don’t like skiing or snowboarding or hockey or anything like that so it’s just
*bleh*

I miss it because it’s such a…change. The rain hasn’t come for ages, and it hasn’t snowed in over a year:(
(And I counted the type that doesn’t settle)

hiiii
I don’t know who will see this
I mean if ur looking through my profile whatever
just checking in,, can’t believe open chat is still down
missed u all mllll
update me what’s going on? x

HEY!!!!! RN the main drama is an RP fight that’s gonna happen starting Saturday between the Evers and Nevers, ten there’s the whole Open Chatthing which is annoying, Soman has a reading comp, Book 6 is done, and yeah, that’s about it.

*wants to know who won*

Sonya!!!!! Heyyyyy. How have you been? It’s great to see you back. Yeah, basically everything that Cats said. Open Chat is probably gonna be gone forever, which *****… :((

OH MY GOSSSSSHHHHH SONYAAAAAAAAAAA
HIIIII YOU’RE BACK
yep open chat will likely never come back which is super sad ugh but we’re trying to communicate through activities and rps and such
BUT ANYWAY
how have you been?? it’s been so long since we’ve seen you

blondie my faveeee
missed y’all so much
tbh haven’t done a lot but it was my birthday in January which was nice, whole corona thing has been a bit *******, I’ve just been chilling and trying to be more sociable irl u know?
how hv u been haven’t seen u in ages

omg happy age 13 (i think???)
ya i feel you i’ve tried to be more outgoing lol since i don’t exactly excel at it
i’ve been okay, sometimes good sometimes bad y’know? they cancelled everything here and i literally can’t see my friends for like two weeks because apparently a group of more than 5 is dAnGeRoUs
ikkkkk it’s been so long

Sonya! I’ve missed you. I’m not too sure about what’s going on, it’s been a lot of activity communication.

it’s all kinda confusing ngl
missed u too, I logged back on and found like a ton of old stuff
the nostalgiaaaa

*grins*
Seventh grade?
I joined in fifth…
Wow, that’s a long time ago…

*pokes all of you for no clear reason* 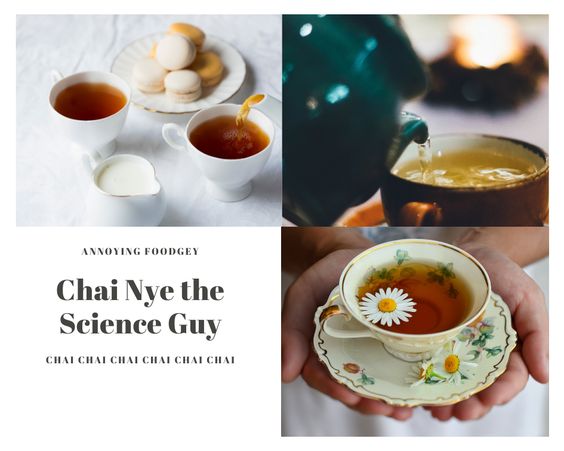 i joined in sixth grade/year 7

Hey Sonya!!! Hi if you remember me! Ik you probably won’t see this but tag me in your next post I missed you!

hey
just thought I might let u guys know that I’m leaving the site
I’m not really into a SGE anymore (although it is still my dream to play Sophie in the movie ****) and tbh I’m nearly 13 and I’ve moved on to other things. I barely read anymore and I’m focusing on my social li…[Read more]

my friend sort of asking me out although I haven’t seen him in ages and I like someone else so BoY dRaMa you know
Anyways, with open chat down and me not being active, I think it’s best for me to leave. That also means that I hope you guys find a great Evil Dean to replace me.
Love you all,
Sonya 💕

P.S. I was looking over this account and CrI…[Read more]

Oh, Sonya…
I’ll miss you. Thanks for your time on the site, you’ve done quite a bit.
Good luck in life, okay?
If you need anything, well, we’re not leaving anytime soon.
Stay bright. <3

Sonya…
I’ll miss you so much
You always have been, and always will be, a big part of this site
You will be remembered
Love you <3 <3
I hope everything works out
Check in from time to time, maybe? <3 <3 <3
Goodbye <3

oh my goodness Sonya
I’ll really miss you so much, you were such a huge part of this site. you’ve really made the site what it is today, I hope you know that
I get it though, but I’ll still miss you
I hope everything works out for you (especially the ever-living boy drama) and maybe check in if you can?
lysm much boo, keep being you <3

Aww, we’ll miss you so much! I understand what you’re saying, without the open chat, this place isn’t the same. Good luck in life! I hope you get all those acting parts you want. 🙂 miss you!

Sonya we’ll miss u! Have a great holiday💜

xx-sonya-xx posted an update in the group Website Central 1 year, 3 months ago

Are we ever getting open chat back?

Eventually, yes. There’s a virus in the forum so it’ll take quite a bit to remove it

I really hope it comes back soon.

you might wanna tag him if you want him to answer.

What Jun has said is most likely, but it’s indefinite exactly when it will be back up. It might be a long time, but we have to be patient. Like Blondie said, they have to… fix the stuff… before putting it back up.

Exactly. I love SGE, but I miss the Open Chat so much!

it has been a year
random but r u british?

I believe they are

I have reason to believe the same

I remember they mentioned it

i remember spoeing a short while ago and getting evidence

she is yeah lol

Sophie: (I wish it could be me, but) Ruby Rose Turner
Tedros: Avi Angel
Agatha: Idk, maybe Sophie Michelle

ooo they could be good!
the thing is, idk if Ruby has a Disney contract or not

OOoooh Ruby would be an amazing Sophie! But yeah, the disney contract thing…

I could see that

xx-sonya-xx posted an update in the group Book 6: ONE TRUE KING 1 year, 4 months ago

I was the fifth member.

Cool! I wonder who the first was lol

@blondieonfire
@thecoven4ever
What’s the name of the main discord chat for the site???

Also what are your users so I can friend u?

The main one is The School For Good And Evil, but Gwen, being Gwen, has banned a bunch of users from it under the pretense of, “Cutting people out because she’s leaving.”. Except she only banned the people she dislikes. 🙁 Anyway, my username is Coveth Of Bespelking#7650

Ok thanks. Oh, yeah, I think you told me that. I probably won’t join because then she’ll definitely cut me out.

I don’t have access to Discord rn, Cove, could you check my user?

Wut…
Ohhhhh it’s because we’re not in any servers together, and I have a setting where people can only friend me if they’re in a server with me

Ah ok. It actually doesn’t work on my device, so never mind, but thanks

@evergirl73 please can I be the announcer for the fan art doc?

Yes u may. For the gift can u please go in the SGE Week doc, then go to the auction booth and look at the prizes and pic a prize to be for the winner.

@evergirl73 could we have votes for the next movie that theatre club does? because everyone could put in suggestions, someone could make a google forms, we all take it, and then that movie is the one we do! And once we’ve done it, we remove it from the form and add it to a list of previous movies. And people can always put suggestions for new m…[Read more]