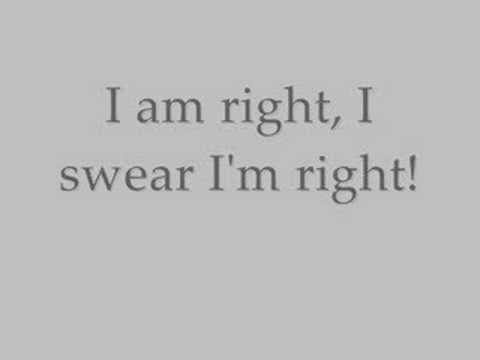 I need to figure something out.
Staring at the ceiling of my royal chambers, I realize how little I know. I don’t remember my life as Jax. I don’t remember my life as Jackson. And yet… I won’t ever know if I never go to the ball.
I roll out of the bedchambers.
My hair is messy, my eyes are blurry, I barely think.
A servant hands me my clothes.
The ball… the ball… ball.
All will be resolved at the ball.
—
I watch as the carriage goes past the gates.
My powers work again. I can run away. I can leave all the problems behind. I don’t have to take on other people’s problems, I can run from mine… but I need to redeem myself.
I need to be worthy of Zee and Zeke, of Lucy and Seren, of Bonnie and Messina, of Lynn and Willowwind, of Anton and Avery, of Diamond, of Aspen, of all the other people whose names I recall, but faces I don’t see.
All the people I don’t remember.
I need to be worth everything that anybody put into me.
I need to sacrifice a part of me, so the better thing,  live to fight another day. Alive and kicking.
—
I stare at Princess Peachette’s castle, willing forth my mellow personality.
Attempting to carry myself with the same haughty stride of a prince, remembering the confident, prideful, maybe even cocky attitude of Zee, I enter the gates.
I allow Peachette to take my arm.
I guide her to the carriage.
I put up with her sparkly pink tulle.
I listen to her chatter.
I don’t remember any of it.
When we get to the ball, we make an entrance. If Zee were here, we would laugh about being “late as usual.” I miss the team of three that Zee, Zeke, and I had going.
Instead, I have a giggly princess squealing about being fashionably late.
Unfortunately and fortunately, Peachette’s right about all the attention we receive.
Two blonde members of royalty, wearing formal attire, late to a ball?
But then again, Zee will find me easier this way. She’ll just look for the boy who killed his date out of sheer annoyance.
I pull myself together.
Peachette is a swirling puff of pink, and I cannot escape her grasp all evening, until she has to use the bathroom.
“Finally,” I breathe, leaning against a wall and sighing.
“Hey, gorgeous, that navy blue tux really makes that golden hair pop.”
I jump. Turning around, I spot a shock of bright purple hair, deep violet eyes, golden skin, and an Eye of Horus painted on under his eye.
It can only be Zeke. “Really, Zeke? A tropical floral print tux? With black jeans?”
“Zee said the same thing!” He complained. “Except you missed the complaint of my skinny black tie, which I think just ties the look together, no pun intended.” (A/N: Legit, I didn’t realize the pun until I was typing it in.)
Which means Zee can’t be far behind.
Soon enough, a scowling girl strides over to us.
I stare.
“Your hair is shorter,” she says, her arms crossed.
I tug on one of the jagged chunks of hair, that somehow don’t look like she was attacked with a weedwhacker. “Yours, too.”
“Yeah, but you saw mine short. Your hair has never been this short. I can actually see your eyebrows. Now you have that dumb quiff, like all those other princes.”
I just laugh. Some part of me knows that this is her worrying that I’m not me, so she doesn’t want to expect anything and get hurt because she’s wrong.
I hope she’s not wrong about me.
Her swing dress is as dark as the night sky, cut through with diamonds that resemble stars. It has a half-length neck and a wide black belt. Black knee-high platform boots are laced up her legs.
“It’s from my duffle bag prototype!” Zeke beams. “It picks out the perfect clothing for what you’re going to need to wear!”
I look at Zee’s wrist, where a braided leather cord laysi know that the three connected sideways electrum triangles make the blade of her arming sword and the leather makes the grip.
It’s been a long time since I saw her wild her arming sword.
Then I realize  it’s because of me. She barely has any of her powers because of me. She wanted to help me.
It’s my fault.
“Let’s blow this popstand,” Zee says, as we exit the ball.
A strange trio leaves the ball, also leaving behind an angry and affronted pretty pink princess…

Ugh, so my grammatical errors and spelling errors from dumb spell check
It’s ZeeZee’s jagged hair Jax pulls on, there are the 3 electron triangles on the leather cord on Zee’s wrist, Zee used to WEILD her arming sword more often, not “wild” it, and it’s “doesn’t,” not “don’t”
Imagine me correcting anything else I missed.

YOU HAVE NO IDEA HOW DELIRIOUSLY HAPPY I AM YOU WROTE A POV.